Pennsylvania released preliminary production information for Marcellus Shale gas wells in September, but the updated data that the Department of Environmental Protection (DEP) posted earlier this month is superior in several ways. First of all, it is more complete than the preliminary list, as one quarter of the operators actually missed the reporting deadline. In addition, the columns of data are no longer jumbled together, and units of measure have been provided. With all of these improvements, it is time for another look at the numbers.

Between July 1, 2009 and June 30, 2010, Marcellus Shale wells in Pennsylvania produced almost 195 billion cubic feet (Bcf) of natural gas. That sounds like a huge number, but Pennsylvania consumed at least 756 Bcf in 2009 according to the US Energy Information Administration. That means that the Marcellus Shale gas boom in the state accounts for only about of 28% of our own usage. 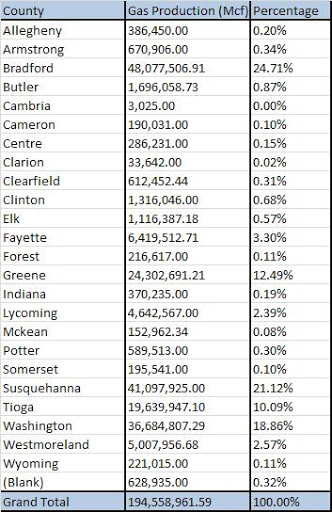 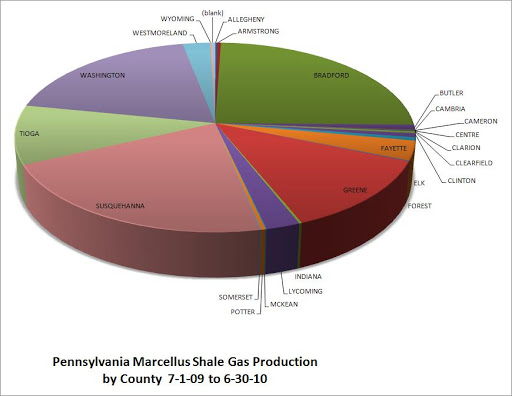 The two counties with the highest natural gas production levels are Bradford and Susquehanna, both in the northeastern quadrant of the state. The next highest producers are Washington and Greene Counties, located in the southwest. These four counties account for 77% of all Marcellus Shale production in the state. 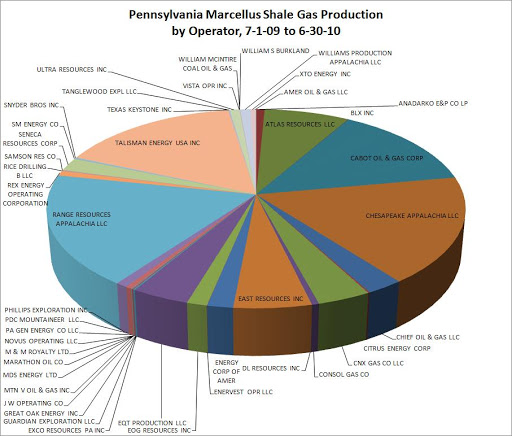 There are 44 drilling operators listed on the report. Four of these–Cabot,Chesapeake, Range Resources, and Talisman–account for over 65% of the production.