FracTracker Alliance and the CREATE Lab at CMU recently launched a pilot project to track the transportation of volatile crude oil as it passes through Pennsylvania and specifically the Pittsburgh region.

For a bit of background, we were specifically interested in how many cars marked with either a 1075 or 1267 placard (shown below). 1075 placards designate cars that are carrying or recently carried (not yet cleaned out) butane, LPG, propane, or a flammable gas. Alternatively, 1267 placards are warning signs for cars carrying petroleum crude oil or some sort of flammable liquid. 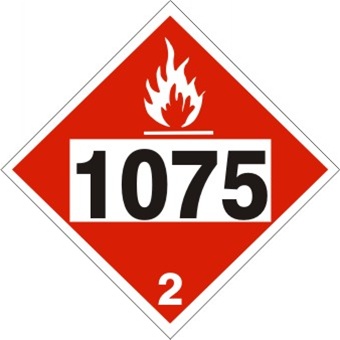 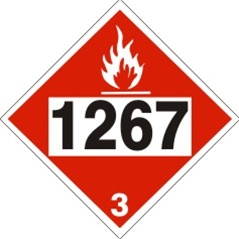 The largest inbound train with the 1267 placard that we identified and estimated to be full was hauling 97 crude tankers. If they were indeed full, this train carried between 2.5 and 3.4 million gallons of crude oil. As a point of reference, the Lac-Mégantic derailment that occurred in 2013 in Quebec and killed 47 people was only carrying 74 Bakken crude cars.

Figure 1. Ratio of oil cars to total documented by volunteers in Pittsburgh, PA over 11 hours

The fastest oil train that we observed was going approximately 50 MPH. This train was likely full, based on load estimates and the direction it was traveling. This speed violates a voluntary compliance that crude trains run <40 MPH through high-threat areas. A train that derailed in Lynchburg, VA in April was traveling just 24 mph. Our counting location would likely qualify as a high-threat area, as we were near Neville Island, relatively close to ALCOSAN and the City of Pittsburgh, and just a few yards from the Ohio River and residential homes.

While Pittsburgh certainly has its share of oil trains, concern over the dangers that these trains pose to towns along its tracks extends far beyond the Pittsburgh area. Groups as far as California have gathered together to monitor train traffic. We hope that by tracking and monitoring the number of oil trains over time, we can begin to understand the risks that these trains pose should an incident occur.

Here is how we collected the above data: On October 21st our staff, interns, and generous volunteers spent designated shifts observing the passing of trains and the contents of their cars between about 7:30 AM and 6:30 PM. Under the cover of a pop-up shelter, teams of at least three participants videotaped trains as they passed in either direction, counted and recorded the number of cars that they carried, and most importantly identified and counted specific placards that labeled individual cars as oil-carrying.

Many thanks to the groups who helped with this pilot count: volunteer citizens, Group Against Smog and Pollution, Three Rivers Waterkeeper, Women for a Healthy Environment, our interns from Pitt and Duquesne, and CMU staff.

The CREATE Lab then reviewed and analyzed the collected information and video feed. You can take a look at some of the high-resolution video feed they were able to collect with their BreatheCam. If you have specific questions about the train counting protocol or would like to set up one of your own, please contact us.

FracTracker Alliance is a non-profit with an office in the Pittsburgh area whose mission is to share maps, data, and analyses to communicate impacts of the global oil and gas industry and to inform actions that positively shape our energy future. www.fractracker.org

The Community Robotics, Education and Technology Empowerment Lab (CREATE Lab) explores socially meaningful innovation and deployment of robotic technologies and is based out of Carnegie Mellon University. www.cmucreatelab.org