The following chart contains all operators that have either drilled a Marcellus Shale well in Pennsylvania from March 6, 2006 to November 27, 2011, or have been issued a Marcellus Shale related violation by the Pennsylvania Department of Environmental Protection between January 1, 2008 and September 30, 2011. Results are cumulative, thereby reflecting each company’s legacy with the Marcellus Shale, rather than their performances for any given year. The Violations per Well (VpW) score has been color coded for easy reference, with the following scale:

Most companies that are issued violations are well operators, although there do seem to be some midstream companies on the violation list. This might account for some of the blue “No wells” below, but mostly they reflect operators that were not yet active. For example, Antero Resource’s first well was in 2010, so entries for 2008 and 2009 read as “No wells”.

Whenever we look at Marcellus operators over time, the changes in companies has to be dealt with in some way. In this case, I took a minimalist approach: while East Resources, Inc. and East Resources, Llc. were combined, I did not merge name changes that were more substantial than that. For example, even though CNX Gas and Consol Gas are both owned by Consol, I did not merge the two. Another example is St. Mary Land and Exploration changed its name to SM Energy, and those two entries were left unchanged. Because of all of the changes within the industry, I have included the most recent drill date, so that viewers can determine if the drillers are still active. 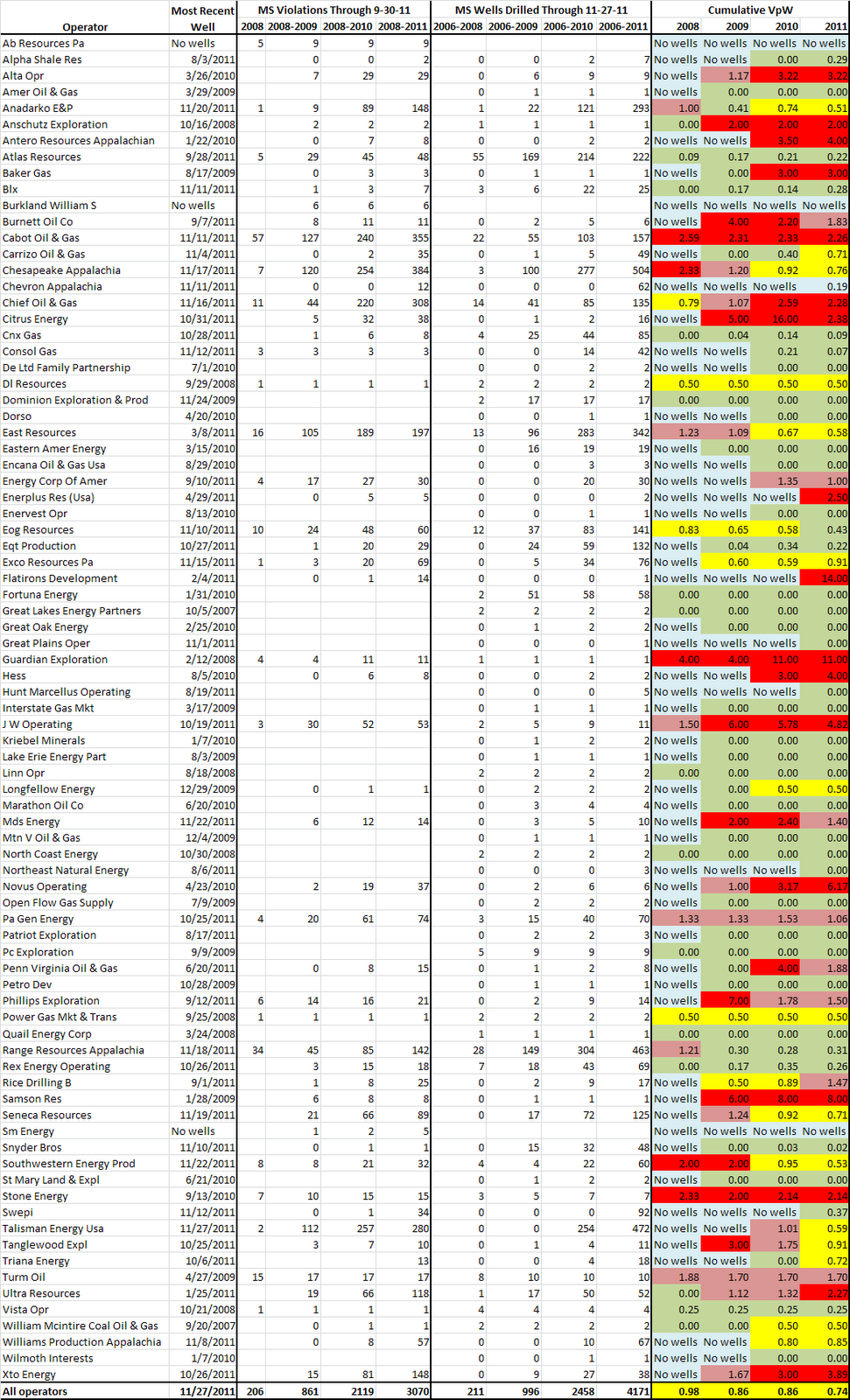