The roster of companies that drill into Pennsylvania’s Marcellus Shale is a long one:  there are 70 different operators listed on the Marcellus Spud Report at the PADEP website. Here is a list of each operator, complete with annual totals since 2005: 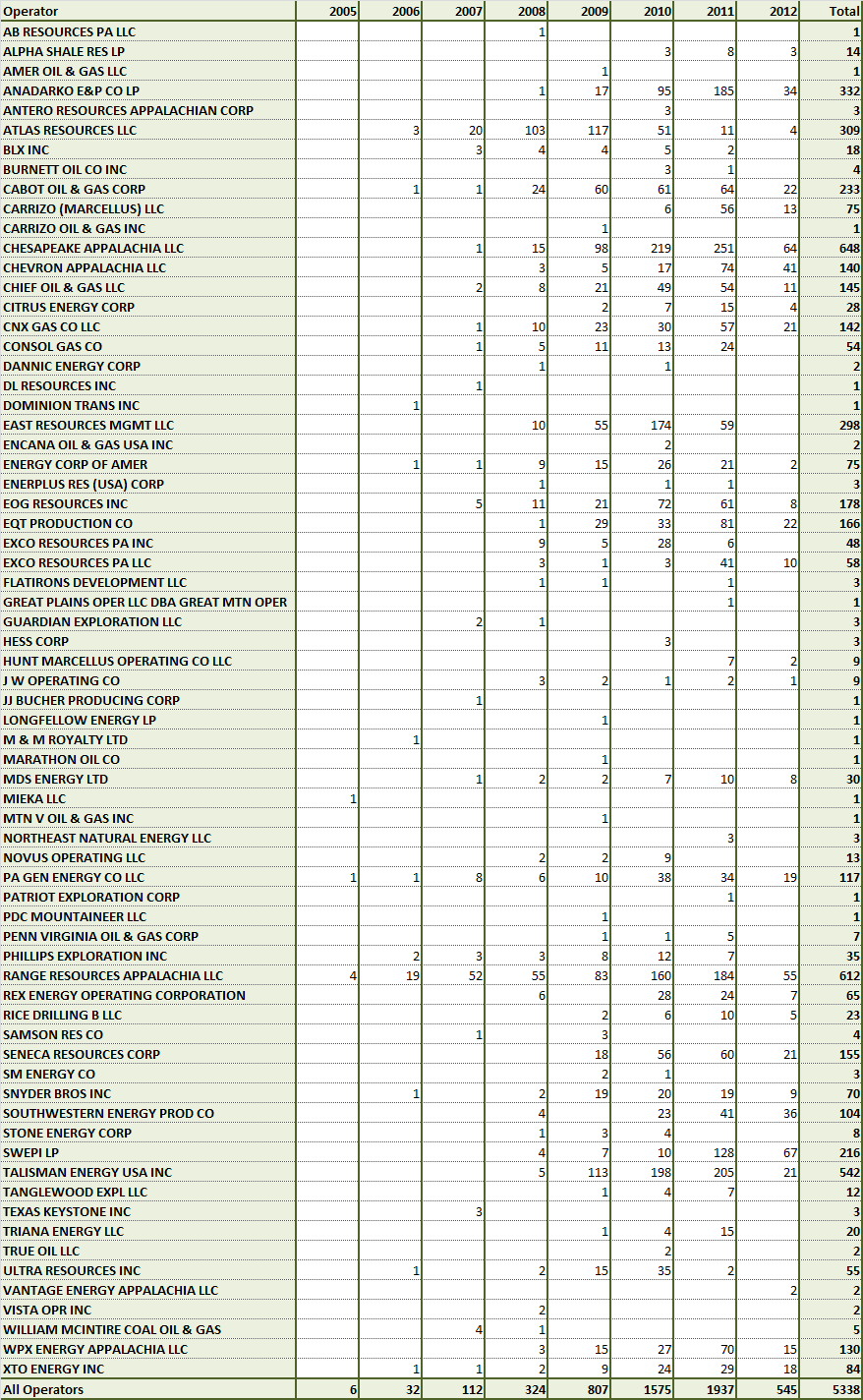 Marcellus Shale wells drilled by operator by year, through May 2, 2012

With the chart below, you can view the same data in a different way:

Percentage of each operator’s drilling activity by year. Please click the above image for a full sized view.

This graph is particularly useful for highlighting new operators, as well as those that are no longer drilling wells. When I show data trends for operators over time, I typically get multiple comments about mergers, acquisitions, and subsidiaries within the industry. Such comments are welcome, and yet any attempt to account for them on my end will almost certainly be incomplete, and therefore potentially misleading. For that reason, I have elected not to aggregate operators in any way, tempting though it may be to combine “Exco Resources PA Inc” and “Exco Resources PA Llc”.

Here are a few more observations about the data: